As I have mentioned before my Mamiya C330 is living on borrowed time due to a small gear wearing out in the winding mechanism; a gear that is no longer available for replacement.

I recently bought a replacement an here are a few shots from the first roll (#25).  I used an expired roll of Ektachrome and used the +1 stop for each decade rule to compensate the exposure. END_OF_DOCUMENT_TOKEN_TO_BE_REPLACED

As (sort of) mentioned here, my Mamiya developed a fault and has been away for repair.  The bad news is that the part it needs is no longer available but the good news is they managed to get it working anyway; who knows for how long, it could be one roll or twenty so while I hunt down a replacement I will get as much out of it as I can.

I recently had time for a few shots around Burbank city centre and as it was dark I took my tripod to stand my Mamiya C330 on.

This shot was taken outside the Police and Fire department building and is of a large bronze statue which is a tribute to the Fire and Police officers of Burbank.  It is by noted artist Shiela Cavalluzzi and was erected around 1998.

I’ve taken a low angle focussing on the firefighter with the Police officer hidden behind. 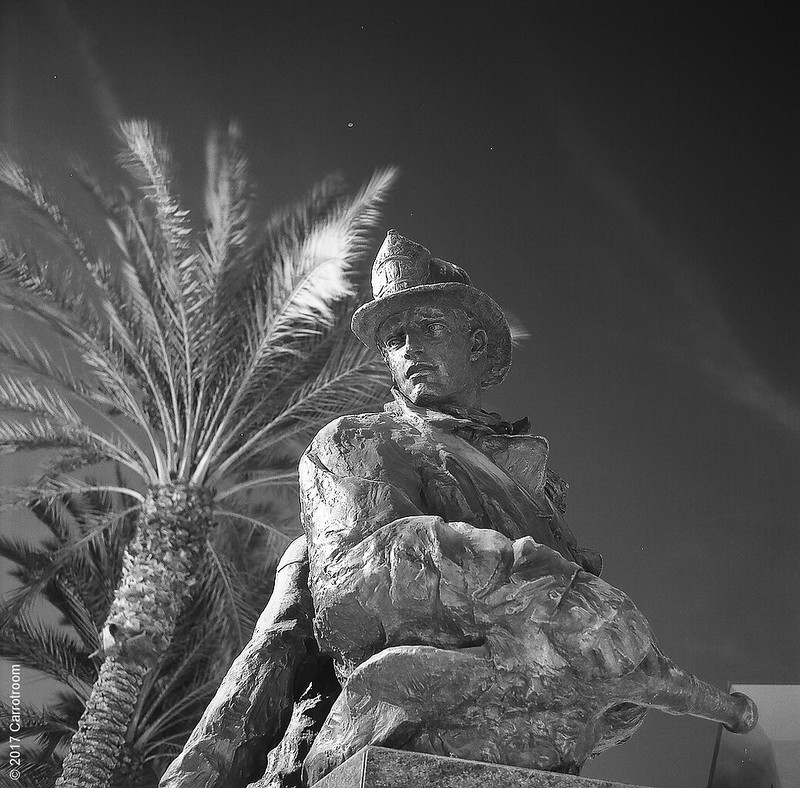 A Mamiya TLR from the ‘C’ series has been on my list of desires for a long time and I never really thought I would own one.  These were the professional cameras used by wedding photographers all over the place throughout the 70s and 80s and have always been at a price point well beyond what I could justify.  They’re not especially attractive cameras (though all TLRs have a classic look in my opinion) but they are solid work horses and can take a lot of use (or abuse).