My wife and I have a certain fondness for otters – sea otters to be specific (although European and fresh water otters are just as nice but less accessible for us in California).  We have seen otters many times in the various aquariums we have visited and love to share pictures with each other we find online.

Last month we planned a visit to Monterey and the Aquarium there, which has a good otter rehab and release program.

Shooting the otters through the glass of aquarium tanks can be challenging but I have been fairly successful.

We also booked ourselves on a behind the scenes tour which although didn’t get us direct access to otters without the glass was very informative and interesting.

A few local sites were mentioned in the tour and the next day we decided to drive a little further North to Moss Landing to see whether we could see some in the wild; we had actually see a couple in the days before but very distantly and we hoped to get a little closer.

On arrival we were instantly rewarded with a wild otter swimming around in the outlet from Elkhorn Slough.  He was happily laying around eating whatever he occasionally dived under for and was not bothered by us watching him from the little bridge that was the car park entrance. 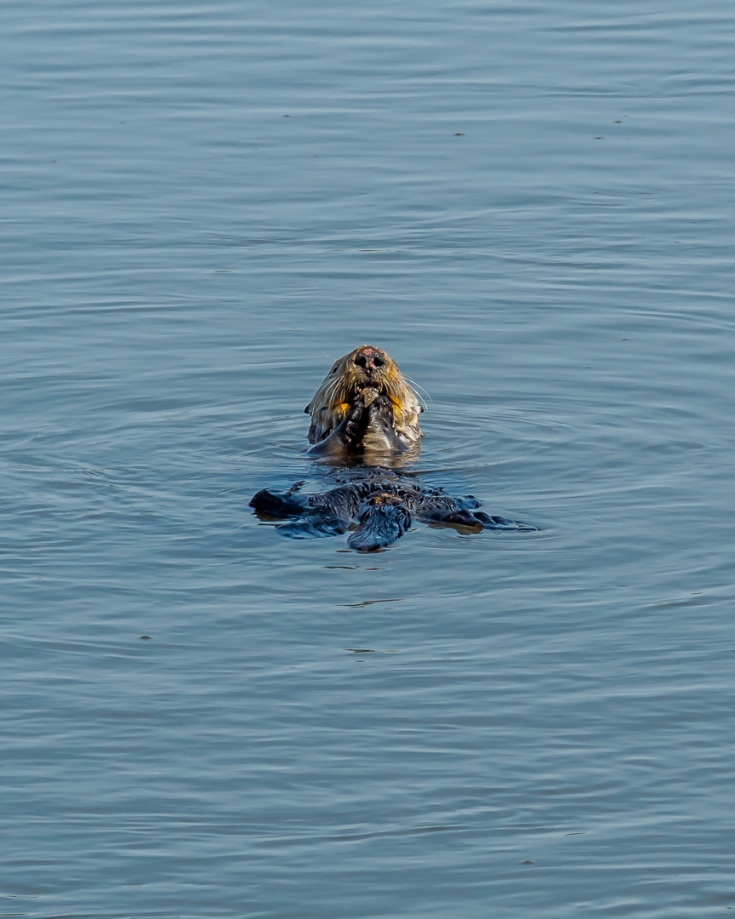 I don’t have a great lens on my Olympus Pen-F Digital for shooting nature just the kit lens that came with it (M.Zuiko ED 14-150mm f/4-5.6 II), but I was able to capture some nice images that i am very happy with; especially after a little cropping in Light Room.  Actually that lens performs pretty well in the right situations. 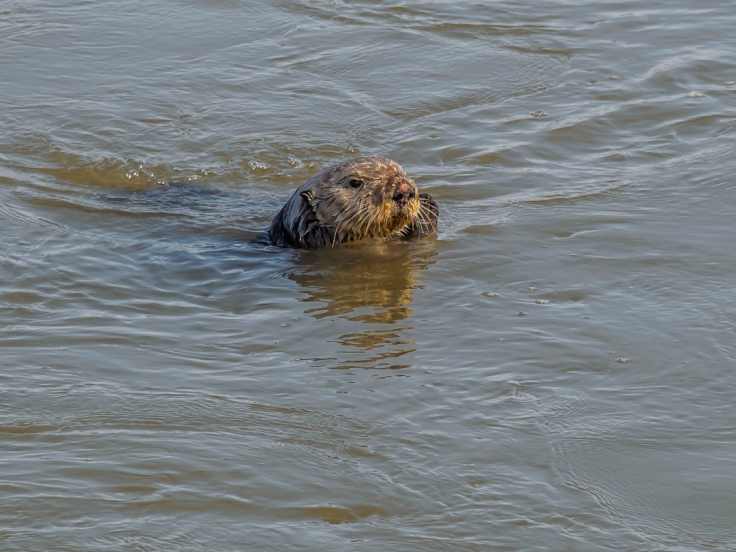 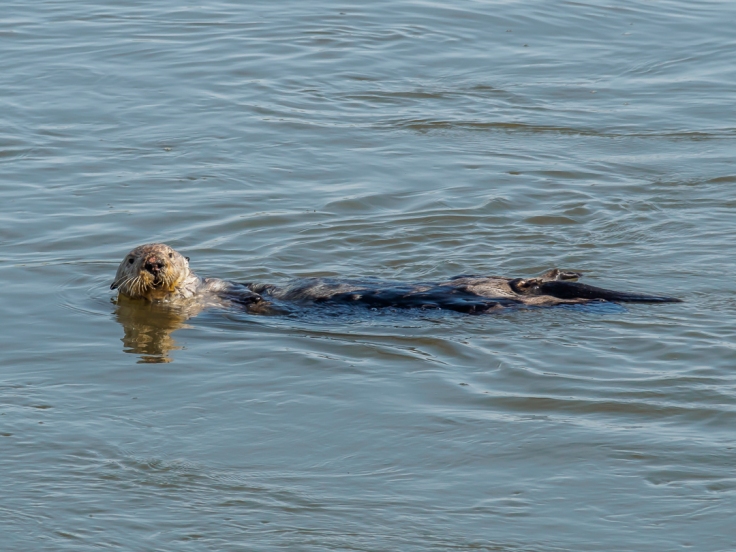