I visited Chicago just after Thanksgiving and really liked the city. I didn’t get a huge amount of time to photograph but did capture a few images I liked.

I am a sucker of old industrial or engineering artifacts and this bridge was not far from my hotel. 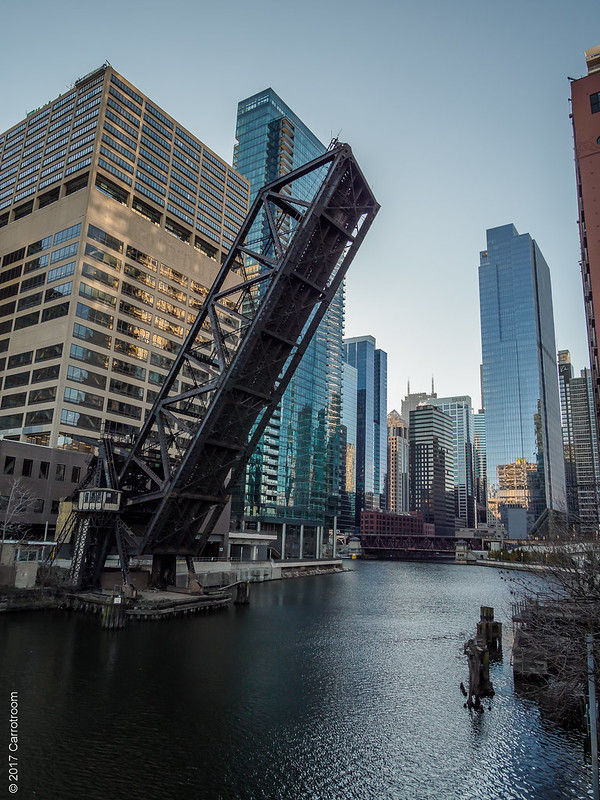 Chicago has many swing bridges (lifting bridges if you like) and they do open fairly regularly (no doubt causing a traffic nightmare) but no openings were planned during my visit. At some point this bridge allowed trains to traverse the river but it’s connection with the rail network on either side of the river have long since gone and this remains as a relic of some long forgotten purpose. 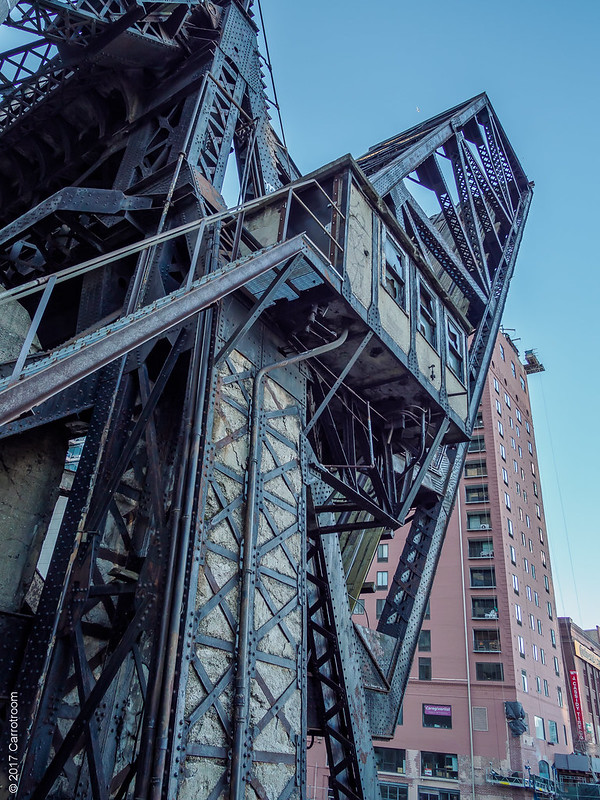 From the Chicago website I see that it was built over 100 years ago in 1908 and looks like it will be preserved as it was designated as a Chicago Landmark in 2007. Technically it is an ‘overhead counterweight bascule bridge’ and was at the time of building thought to be the “world’s longest and heaviest bridge of its type” – impressive. 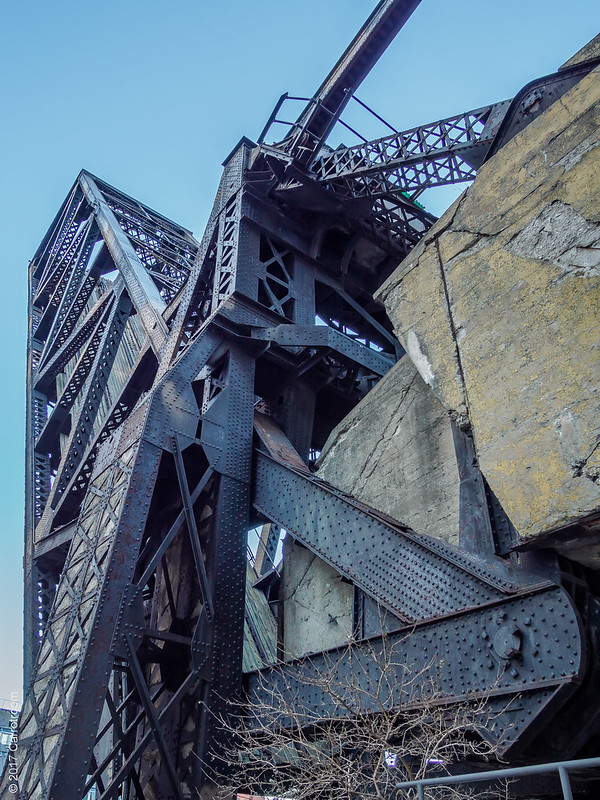 What now remains is gnarled wood, rusty iron and a great photography subject. 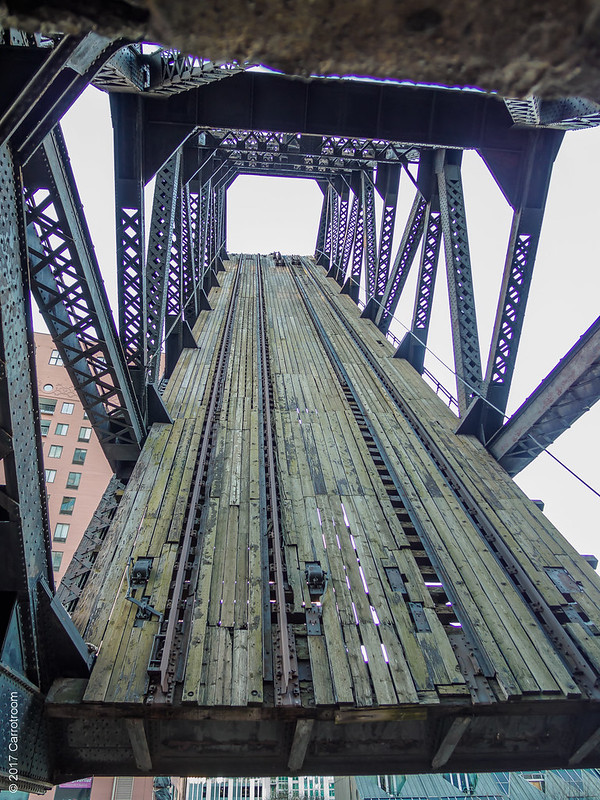 I love this kind of thing and I could have spent a couple of hours finding the best angles (or time of day) for this, but breakfast and the rest of our day was calling.