This was the last camera I bought a little while ago and I am not buying any more until I have thinned down the ones I have no intention of using and begin focusing on a core set of cameras (unless my dream camera appears at a shockingly low price!).

Anyway, this is the Yashica-44 which is easily confused with the Yashica-44.  Yep, Yashica released two cameras with that name but they are slightly different and the later one, which replaced this one, is commonly known as the 44a.

This, the original version, has a crank wind, shutter speed up to 1/500 and a bayonet mount for filters; it’s a really good package.  However, this competed with another Yashica TLR which had almost the exact same spec but at a different price point and when Yashica realized their mistake they down graded this by removing the crank in favour of a knob, reduced the shutter speed and took away the filter mount.  They kept the model name the same so, if you are looking at these, as well as the above feature changes, one way to identify the later ‘a’ version is the name plate on the front has a number of short vertical lines just below the Yashica-44 name which some liken to teeth.

The 44 came in a range of fashionable two-tone colours including black, blue, rose pink and this colour grey being the most popular; it has been said that Yashica were copying a Rollieflex Baby which also came in a grey and was a similar size/configuration.

On initial receipt of this camera the shutter was sticking open like you were permanently in bulb mode, cocking the shutter closed it but on operating it it just opened and stayed there.  After a couple of days of playing with it though it loosened up again and all was fine.

It takes 127 film which may not very readily available but my local camera shop does stock it so I am lucky there.  You end up with 4cm x 4cm negatives (hence the 44).

Loading the film is a bit of a procedure; first you fit the spools it (empty one on the bottom) then you wind until the START lines up with a couple of markers.  Then close the door and crank the film so that the 1 is in the red window.  As this camera is somewhat indexed you don’t use the red window once the film is properly loaded apart from this initial step.  Next you press the little button just below the winding handle to set the counter at 1.  Now you are ready. 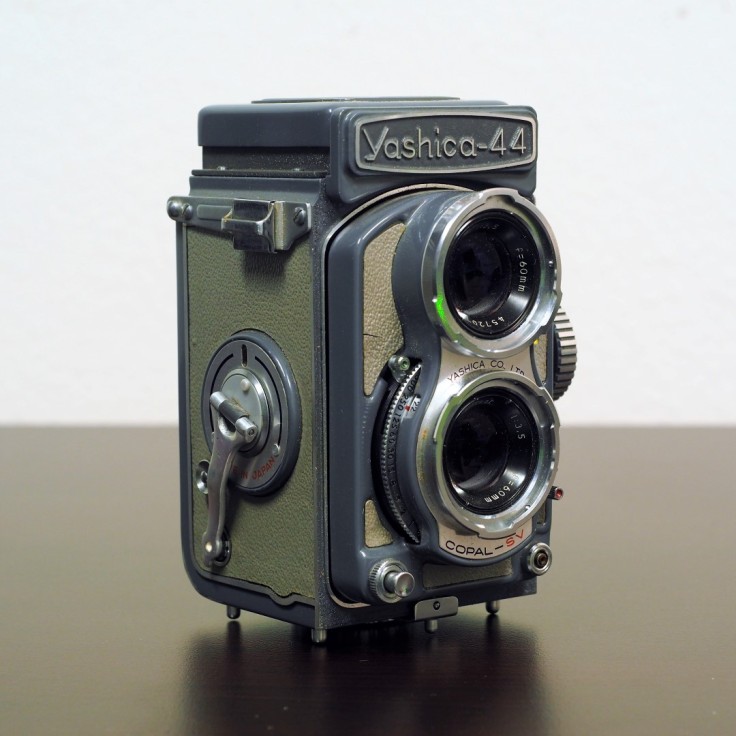 Winding on does not cock the shutter so you have to remember to do that; double exposures is an easy mistake to make. Remembering whether you wound on last or took a shot last is just a habit that you’d need to get into so you either always wind on after a shot or you always wind on just before a shot (I think I favour the former).

The crank only turns about two thirds of the way round so it’s an easy crank and release process to move the film on (with the crank returning to the start when released). Once the counter reaches the end you just keep cranking until the film is off the spool. 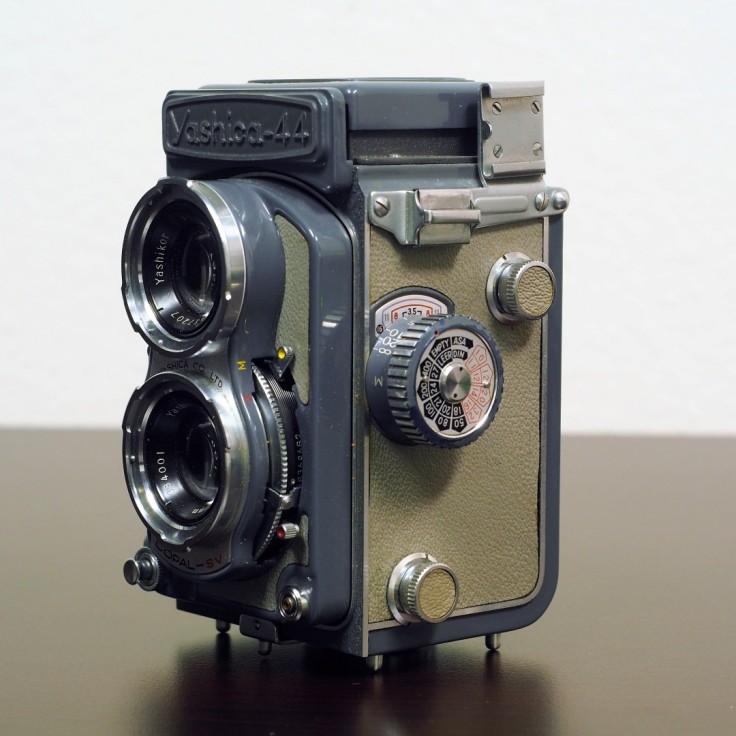 First time using this camera didn’t go well.  I must have not loaded the film correctly as halfway through it got harder to wind on and eventually seized.  When I got it home and into a dark room (not quite a darkroom) I found the film had come off the spool and was trying to wrap back around on itself.  No shots came from that film.

The second attempt was much better and I found the camera lovely to use.  The viewfinder is nice and bright and the quick action on the winding crank is great.  The only thing I didn’t like was that the focus is on the left so I often had to switch hands as I naturally went the other way.  I am sure this is just something to get used to.

The camera came with a case in matching grey and is in great condition; as is the camera itself.  Unfortunately in the short time of using this some of the stitching has broken opening up one of the seams; I will have to restitch it at some point. 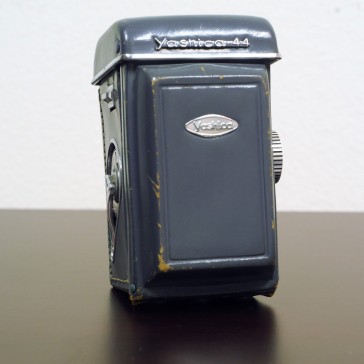 I took it out on a recent visit to the pier at Manhattan Beach and I am very happy  with the results.  This may not be a regular shooter for me (due to the film availability) but it will certainly come out every now and again.

It’s a nice looking camera too so will enjoy and prime location on the shelf.

Island in the Net

A personal website about casual photography, tech, and life

Collecting and using the classic Voigtländer cameras and accessories

A Personal Journey through the wild Moors and Mountains of Northern England, Scotland and Wales, in Search of Myths and Legends

Photos from a Swedish camera

u m b r e l l a j u n e
MabryCampbell.Photos