This is a great example of a pseudo twin lens reflex (TLR) camera from the early fifties. It looks to be in fully working order (though I have not tested it with film) being of simple design there’s not much to go wrong.

It also has the original flash which is in less than working order and I would say for display purposes only as the original batteries are still installed and not looking great; but I have left them as is.

The pseudo twin lens reflex refers to the fact that the two lenses (viewfinder and picture taking) are not linked for focussing purposes (as they would be in a TLR) so effectively although there are two lenses it is simply a fixed focus camera with a viewfinder.

History:
The Insta-Flash camera was manufactured by the Herbert George Company of Chicago Illinois in circa 1950. It was a low priced twin lens reflex camera with a synchronized hot flash ejector and safety features. The camera was constructed of a plastic housing and a decorative satin-finish aluminum front. It featured a full-sized top mounted built-in view finder with built-in sun shade, a fixed focus meniscus lens, and a side mounted instantaneous snap shop lever. It was capable of capturing twelve 2 1/4 X 2 1/4 inch sized exposures on number 620 roll film. It was sold for approximately $6.95. 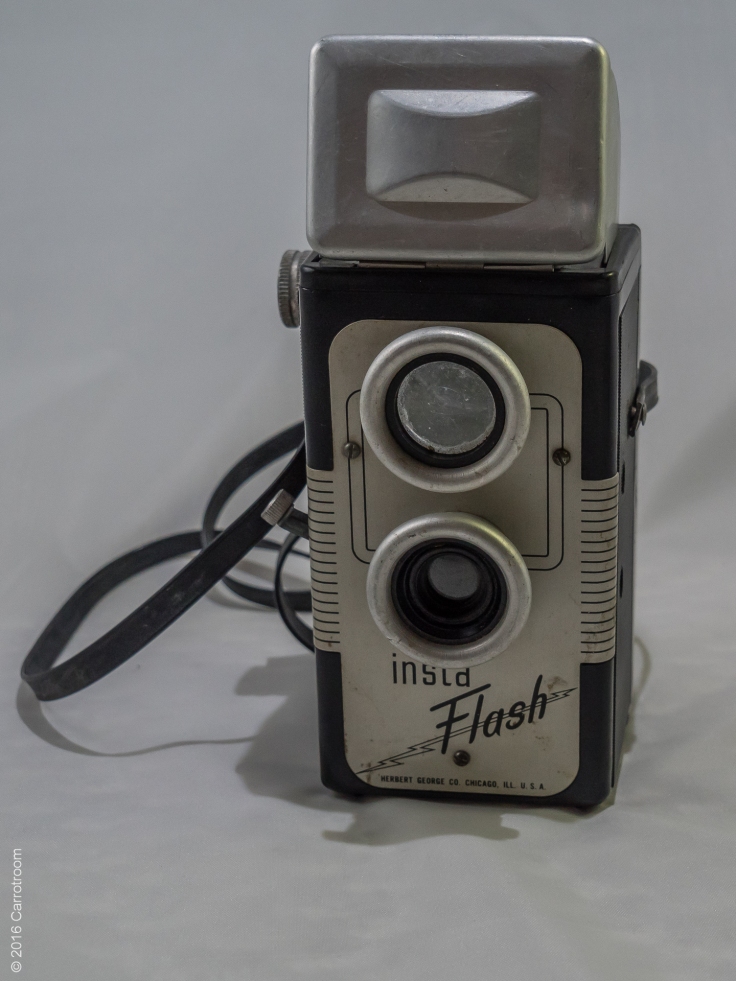 The company name came from the founders Herbert Weil and George Israel who started the company in 1945. Herbert George later became Imperial when the company changed ownership in 1961.  Around the mid century, there were a lot of camera manufacturers that set up shop around Chicago. This one, Herbert George, made many different promotional character cameras.